Home The Spirit Of Our Students

Please join Loyalist College and @SiemensCanada on Thursday, Jan. 28 at 11 am for a virtual event announcing a new partnership that offers students ...more

The Spirit Of Our Students 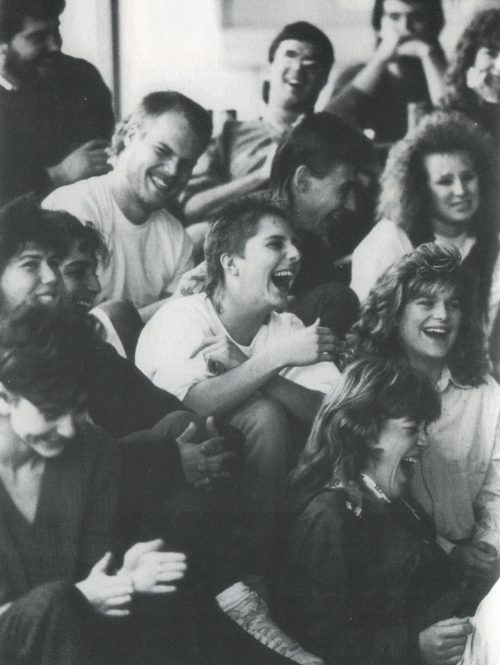 Across Canada and around the world, there are 12,000 people who can attest to the strengths and purpose of Loyalist College. They are not the teachers or the administrators, nor are they the government bureaucrats who determine the educational directions of the college system. These are the students who have graduated from Loyalist College over the past 25 years. Their training at Loyalist prepared them for careers or helped them to advance in the workforce. A college can be measured in the number of buildings erected, the number of teachers hired, the growth of a college budget, or by the number of programs set in place. But the real measure is the success of its graduates.

Loyalist graduates can be found in Parliament (William Vankoughnet, MP), on the broadcasting airwaves (Kas Roussy, Erin Davis, Martin Seemungal), and even in the administration offices of Loyalist College (Registrar Charlie Benson, Vice-President of Community and Contract Services Maureen Piercy).

Enrolment has grown from 172 students in 1967 to about 3,000 in 1992. The number of programs offered has increased from 10 to 48. And those are only the full-time programs; Continuing Education now registers over 11,000 students annually.

Students often make their mark even before they leave the College. Scott Gardiner, for instance, won the Canadian Press Feature Photo of the Year competition in 1989. The sure-shuttered second-year Photojournalism student beat out professional photographers from across Canada.

The Pioneer, Loyalist’s weekly student newspaper produced by the Print and Photojournalism programs, regularly wins awards from the Ontario Community Newspaper Association. Between 1985 and 1990, The Pioneer won first place four times in the student newspaper category.

It’s the students who bring life to the College, though writers in various College publications over the years have occasionally decried the lack of a school spirit. Several reasons have been offered: the lack of a residence on campus; the rural location of the College; and the fact that many students commute from their homes which are scattered all over the College’s four counties.

Yet Loyalist College students find ways to kindle a spirit which is undaunted by the technical functions of the classroom. They fight back against the cold and snow with Wintercourse, an annual festive ritual which mocks the rigours of the Canadian winter.

New arrivals in the fall are invited to participate in an “orientation”, which is more of a welcoming party than the undignified hazing rituals of the past. Pub nights and dances are held, and various faculty members organize clubs which cater to specific interests of students.

Though the lack of an on-campus population may have hindered the development of a strong school spirit, the opening of the Loyalist Residence in the fall of 1992 has bolstered the nature of College life. The 281 inhabitants of the Residence are a creative family, fostering new activities to enliven and enrich the spirit of Loyalist College.