It's the final day of Winter 2021 Orientation & Welcome Back Week! Find out how you can get involved and make an impact at Loyalist College. Click ...more 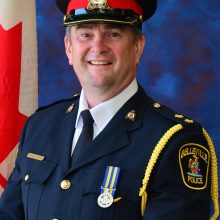 In 1982, Inspector Callaghan completed the Law and Security program and received a Protection Services Award. During the past 30 years, he has maintained strong local ties and shown unwavering dedication and commitment to quality policing. As an Ottawa Police Officer, he had the opportunity to work in many areas of policing, including Patrol, Accident Reconstruction, Forensic Identification, Fleet Services, Marine, Traffic, Collision Reconstruction, Motorcycle Escort, Criminal Investigations, Youth, Guns and Gangs Unit, Firearms, Emergency Planning, Major Event Planning, as well as the Duty Inspector Program. He was also a Civil Litigation Liaison Officer and is a nationally-certified Critical Incident Commander.

Inspector Callaghan is currently responsible for the Criminal Investigations Branch, Forensic Identification Section, Fleet and Facilities, Courts Section, Internet Child Exploitation Unit, Freedom of Information Unit, Records Management Unit, Property Section, and is the New Belleville Police Service Facility Building and Community Safety Village liaison on the Board of Directors. He has been a keynote speaker on assorted topics – from mental health and terrorism to dactyloscopy – delivered at numerous colleges, universities and international conferences. 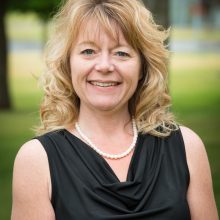 A 1991 graduate of the Law and Security Administration Corporate/Commercial Security diploma program, Danielle has made a significant impact in the banking industry. Immediately upon graduation, she secured a position working for North York City Hall for just over two years. In 1994, her education and experience were the foundation for securing a position at TD Canada Trust, which is where her career in the financial industry began. In 2000, she joined the Bank of Montreal (BMO) team. With hard work and determination, Danielle secured her first Branch Manager position in 2003 at the Port Hope branch. Since then, she has also managed Trenton and Belleville main branches before moving into an Area Manager of Personal Banking role in 2011. Her leadership and commitment were recognized in 2013 when she was promoted to Regional Vice-President – Personal Banking for the Quinte-Ottawa Valley Market where she continues to “shine” today. Danielle has approximately 120 BMO employees who report directly and indirectly to her throughout 15 branch locations. In 2013, at the time of her promotion, Danielle returned to school while continuing to work full-time, and completed her MBA designation at Queen’s University. She graduated in May 2015. 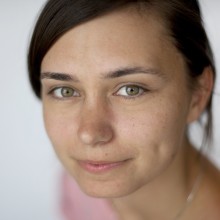 Marta Iwanek is a photojournalist who has a profound interest in exploring subjects that deal with how we care for one another in the communities we build. This has taken her to many places and has garnered recognition and awards. Her work has appeared in the Canadian Press, Toronto Star, Globe and Mail, National Post, Maclean’s Magazine, CTV News, Waterloo Region Record, Maisonneuve Magazine and National Geographic’s PROOF.

Marta spent the winter of 2013-2014 in Ukraine covering the Maidan uprising in Kiev’s Independence Square where she photographed the revolution and the people’s resilience in making their voices heard. For her, this opportunity was extremely powerful in photographing many people who are driven by a single idea and desire a better life. In 2014, her project, ‘Inside Kiev, A society growing out of protest in Ukraine’ was shown on CTV’s Kevin Newman Live. In June 2015, the video “Ukraine in Crisis,” filmed for Maclean’s, won a Gold medal in the Online Video category at Canada’s National Magazine Awards. In 2016, her photo essay on the Maidan published in Maisonneuve Magazine won her the recognition of Best New Magazine Photographer and Best Photo Essay/Photojournalism at the National Magazine Awards.

Following her time in Ukraine, she worked a long-term contract as a photographer at the Toronto Star and earned two awards from the News Photographers Association of Canada for portrait and single multimedia for her work on stories at SickKids Hospital. Marta has also been the recipient of the Canadian Journalism Foundation’s Tom Hanson Photojournalism Award, earning her a six-week paid internship at the Canadian Press in 2015. She was a winner in the Magenta Flash Forward competition for Emerging Photographers, a participant in the prestigious Eddie Adams Workshop in New York State, twice selected for the New York Times Portfolio Review, and most recently she won first place in the international National Press Photographers Association competition for Best of Photojournalism in the portrait and personality category, for a photo of a young boy who lost three limbs while playing in his yard in war-torn eastern Ukraine. 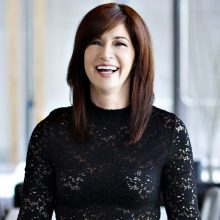 Karen is the President of eSolutionsGroup Limited and was previously the first female Principal of Conestoga-Rovers & Associates (CRA), a worldwide environmental, engineering, construction and IT Services company. CRA subsequently merged with GHD, a global organization of more than 8,600 people, where she remains a Principal and President of eSolutionsGroup. She is a Civil Technologist and a Microsoft Certified Systems Engineer. Karen has also completed the Richard Ivey Business School’s Quantum Shift program. Nominated to attend by KPMG, Karen was selected from a group of 250 nominees from across Canada.

With more than 25 years of experience in executive leadership and project management, Karen has led the company’s strategy to achieve multi-million dollar annual earnings. Today, eSolutionsGroup employs 58 people in Waterloo, Toronto, Ottawa and Newmarket, Ontario as well as Brisbane, Australia. It boasts more than 300 clients across Canada and into the U.S. Despite executive responsibilities, Karen maintains a large number of client accounts and is personally responsible for more than one-third of the company’s annual revenues.

In addition to her extensive career in information technology, she is a member of the Ontario Association of Certified Engineering Technicians and Technologists (OACETT) and has been a judge for the Economic Developers Council of Ontario’s Ontario Marketing Awards in 2009, 2010 and 2011. She was also honoured with the President’s award from the Economic Developers Council of Ontario in 2004-2005, only the second time in history that a vendor has been named for this prestigious award. 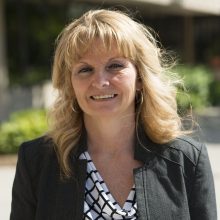 A graduate of the Registered Practical Nursing program, April is currently a Diabetes Nurse Educator and Insulin Pump Program Coordinator at the Belleville Nurse Practitioner-Led Clinic. April has a strong focus on health education and health promotion. In the past, she has been presented with several honours and awards including the Leadership/Clinical Practice Fellowship, which was awarded by the Registered Practical Nurses Association of Ontario. April played a crucial role in implementing the Insulin Pump Program at the Nurse Practitioner-Led Clinic in Belleville, and assisted with the Clinic’s certification for the Assistive Device Program for Adult Insulin Pumps in 2012. She is very much involved with community health as a member of the Quinte Health Care Advisory Committee, and she is a past member of the Municipality of Brighton Accessibility Advisory Committee. April also served as a council member for the College of Nurses of Ontario from June 2009 – June 2016 where she was chair of the Elections and Appointments Committee and panel chair for the Disciplinary Committee. 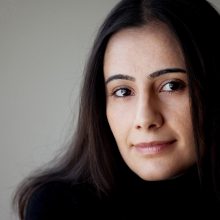 Farzana photographs women in different life and work situations in Afghanistan. She tries to capture all of the positive and negative experiences of women, including those who have suffered physical and emotional violence as a result of religious restrictions and traditional customs. She was the first female Afghan photographer to work for the Agence France-Presse and later the Associated Press, two leading newswire agencies. As part of the Afghan Photography Network, which connects and shows Afghanistan by Afghan photographers, Farzana continues to demonstrate her passion for photography. Illustrating the lives of women and the stories of her country often challenges authority, placing her in circumstances of physical danger. In 2014, Farzana was featured in the “Frame by Frame” documentary film project, which explores the recent revolution in local photojournalism, as well as her fellow citizens’ hopes and fears as the U.S. prepared to leave. The documentary won multiple film festival awards in 2015. In 2012, Farzana was chosen as one of the 100 most successful women in Afghanistan by MOBY Group.

Farzana has freelanced for a variety of international clients and her powerful and moving photographs have been published by the Sunday Times, Guardian, Le Monde 2, Medame Figaro, Gent magazine, CanWest News, Canadian Geographic, Getty Images, Polka Magazine, Le-temps Magazine, New Statesman, Deutsche-Welle, Save the Children, UNDP, ICRC, NRC and Internews. In 2009, Farzana was an Open Society Institute grantee for her documentary project on Afghan women. Farzana’s photographs have been presented in solo and group exhibitions across the world. In 2008, she was one of four recipients of a Merit Award from the All Roads Film Project and Photography Program sponsored by the National Geographic Society. Farzana is currently working on a project, Professionalism of Afghan Photojournalism, to increase professionalism in her craft. The overall goal is to increase professionalism by lobbying the copyright law and increasing the number of professional photographers in Afghanistan by teaching intermediate and advanced courses to photographers. copyright law has been reviewed by a committee of experts and 62 photographers have since been trained throughout Afghanistan.