You're Going Places – Journalism and Communications

If you or someone you know is interested in the Community Integration Through Co-operative Education Program, join us Thursday, January 21 from 6 – ...more 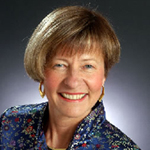 Denise Amyot is President and CEO of the Association of Canadian Community Colleges (ACCC), the national and international voice for 130 of Canada’s publicly funded colleges, institutes and polytechnics, serving 1.5 million learners of all ages and backgrounds.

Denise has had a distinguished career in the public service with the Canada Science and Technology Museums Corporation, Canada Public Service Agency (now the Treasury Board), Human Resources Development Canada, National Defence, Natural Resources Canada, Canadian Heritage and the Public Service Commission. Dedicated to strong values-based leadership in the public service, Denise is a sought-after speaker both at the national and international levels. 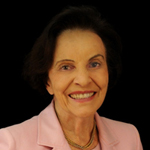 Mrs. Sonja Bata, O.C., is the Chairman of Batawa Development Corporation and the Founding Chairman of the Bata Shoe Museum. In 1946 she married Thomas J. Bata, the son of a well-known Czechoslovakian shoe manufacturer whose family enterprise was nationalized under the Communist occupation. From the beginning, Sonja shared her husband’s determination to rebuild the organization and took an active interest in what was to become a global footwear business. Her combined interest in design and shoes has led to a very personal collection, with examples from many cultures and historic periods.

Sonja believes strongly that in a democratic country, citizens should actively contribute their talents to community needs. This belief is reflected in her many philanthropic activities and active volunteerism. She has received multiple honours and awards, and is an Officer of the Order of Canada. 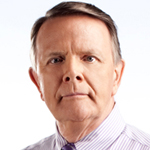 Robert Fisher is an award-winning broadcast journalist with more than 30 years of experience in public and private radio and television. He keeps CBC listeners up to date on what is happening in the world on CBC Radio One’s regional program “Here and Now,” and also acts as a political analyst for CBC Radio in Windsor.

Before his career in radio, Robert was a Senior News Anchor and Political Affairs Specialist for the Global Television Network and spent 10 years with CBC Television, reporting on national, provincial and municipal politics. Along with his responsibilities at CBC, Robert teaches Journalism Law and Ethics at Centennial College in Toronto.

Rod has been an invited guest expert addressing trends in higher education for Canada AM, CBC and the Conference Board of Canada, to name a few. He has published numerous studies in scholarly journals and presents his research to a wide range of policy and government groups.