It's the final day of Winter 2021 Orientation & Welcome Back Week! Find out how you can get involved and make an impact at Loyalist College. ...more

Loyalist College partnered with Belleville Downtown DocFest International Documentary Film Festival this week to present a special student film screening in Alumni Hall. The screening, which took place on Thursday evening at the College, featured 11 student produced and directed films, all of which had been submitted through the Television and New Media program. The winning film, titled The County Scene, was directed by student Brandon Zambonelli.

The films covered a wide range of topics in keeping with DocFest’s theme of sustainability, and humanity’s relationship with the environment. Filmmakers Adam and Andrew Gray (Fly Colt Fly), Tess Gerard (Just Passing Through, Old Growth) and Ryan J. Noth (Northwords) were present to critique the student films and give feedback to the burgeoning filmmakers in an American Idol-style panel. The event was hosted by post-graduate Public Relations students in conjunction with DocFest week, and was open to film buffs from all walks of life as they embarked on a weekend of poignant local films and internationally acclaimed documentaries alike. A group of post-graduate PR students (including myself) have been working closely with DocFest in the past months to help market the festival through social media, digital media creation and events on campus.

As part of the group working on this project, I have gained a massive appreciation for the influence that social media can have on event management and promotion. Working with DocFest has helped us all understand the importance of a social media schedule – we have made sure that a steady stream of content has been provided to the community, not only about the event itself but also about the filmmakers featured throughout the weekend and the different documentary subjects they have chosen to explore.

“I have a new respect for student filmmakers and the media,” says Public Relations student Brigitte Muir. “It’s been a learning experience for all of us. We’re noticing constant positive engagement in the community throughout the course of our work with the festival, and it’s great to see Belleville rally around the arts in this way.”

This is the first year that DocFest has partnered with Loyalist in creating a student-centric event, and committee member Dug Stevenson, Director of Tourism for the Bay of Quinte Tourism, says he hopes that the Loyalist screening will become a recurring feature of DocFest in the future. The nature of the film festival makes it a great opportunity for Loyalist students to experience downtown Belleville and take part in community events. The tie-in of a student screening is very important to DocFest, as it serves to inspire interested students to attend the festival for more documentary screenings. The plan is to involve the student community in the Belleville community-at-large, fostering relationships for years to come.

Encouraging Loyalist students to make the quick trek downtown for events is important to Belleville’s sustainability, and DocFest has emerged as an exciting partner for the College in this respect. 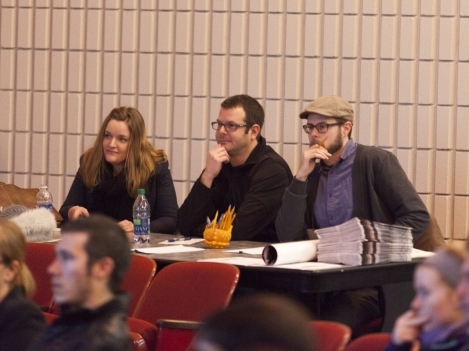 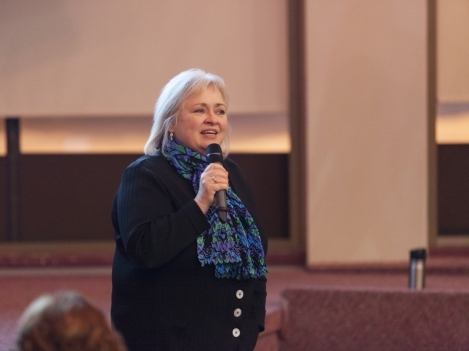