The Loyalist second-year Culinary Management students are busy preparing for the 12th annual Junior Iron Chef Competition, including the Food and Beverage Show they have hosted for four years. As part of the preparation the students held a delicious lasagna dinner fundraiser. Approximately $650.00 was raised through the sale of 75 take out orders and over 50 eat-in Club 213 diners.

The Junior Iron Chef Competition will be held on February 16th – featuring the three high school finalist teams competing for the championship title. 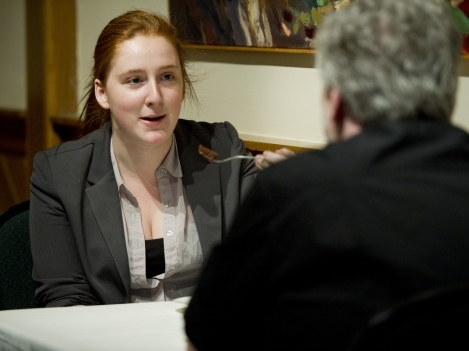 Catherine Jackman talks over dessert with her dad Craig Jackman in Club 213 during a fundraiser for the Junior Iron Chef Competition. 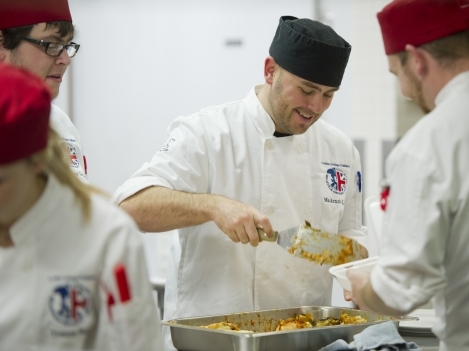