Belleville, Ontario, May 21, 2019 – Twelve Loyalist College Photojournalism students and graduates received 2018 National Pictures of the Year (NPOY) awards and placed in 13 of the 17 award categories. Recipients were recognized by the News Photographers Association of Canada (NPAC) on April 13 in North Vancouver, British Columbia.

“This is the second year in a row that Loyalist College Photojournalism graduate Chris Donovan has been named NPAC’s Photojournalist of the Year and in 2016 he was Student Photographer of the Year,” said Ann Drennan, Loyalist College Senior Vice-President Academic & Chief Learning Officer. “We are very proud of him and of all of our graduates and students who were honoured for their meaningful images, capturing a wide range of experiences and emotion with which we can all relate. NPAC accolades speak to the quality of education our Photojournalism program provides in preparing graduates to tell complex human-interest stories through pictures.”

The winners will be part of a featured exhibit in the Scotiabank CONTACT Photography Festival, showing in the First Canadian Place Lobby at 100 King Street West, Toronto from May 13 – 31. More than 2,000 images from across Canada were submitted to the annual NPOY awards competition. Loyalist was represented by: 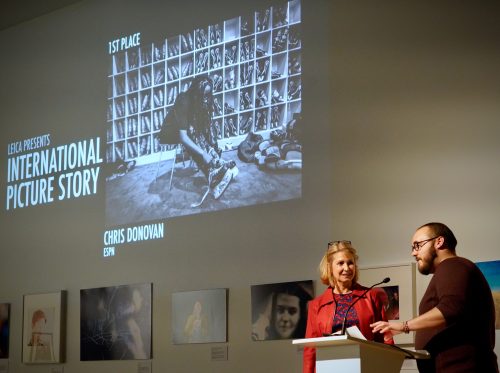 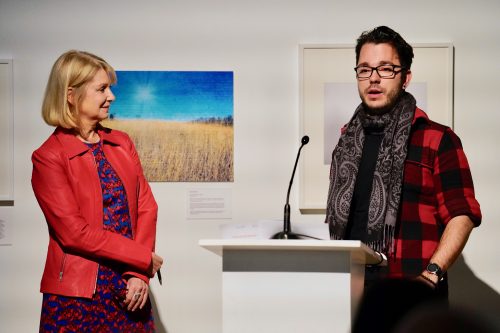 Loyalist College Photojournalism student Andrej Ivanov receives the Student Photographer of the Year Award at the 2018 National Pictures of the Year Awards in Vancouver from Emcee Laura Lynch (CBC). Photos by Ric Ernst 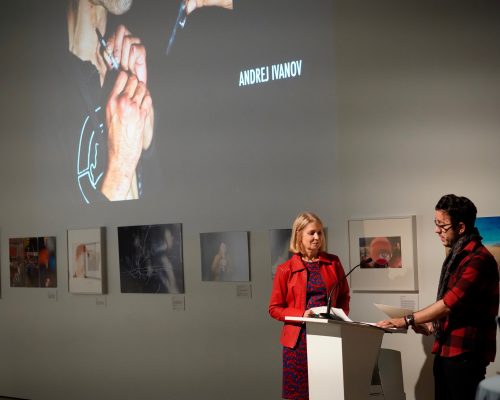 About Loyalist College
Loyalist is Ontario’s Destination College, empowering students, faculty, staff, and partners through experiential, industry cluster-based education, training and applied research programs. The College provides job-ready graduates for, and knowledge transfer to, industry and the community. When it comes to Ontario college graduates getting jobs, Loyalist is the top College in the province, according to KPI results, released November 2018. Of 2016-17 Loyalist graduates, 90.8 percent were employed within six months after graduation. Located on more than 200 acres in the beautiful Bay of Quinte region, the College is perfectly positioned between Toronto, Ottawa and Montreal. Loyalist offers more than 70 full-time diploma, certificate and apprenticeship programs in biosciences, building sciences, business, community service, health and wellness, media studies, public safety, and skilled trades. Continuing education options are available through LoyalistFocus.com; including hundreds of online, distance and in-class courses; and through the College’s 100+ university transfer agreements. Loyalist is a key driver of social and economic health in eastern Ontario. It contributes 5.8 percent of the Gross Regional Product, representing $465 million annually to the regional economy – based on an October 2018 report by Emsi. For more information on Loyalist’s Belleville and Bancroft campuses and Port Hope satellite location, visit YoureGoingPlaces.com.