#COVID19Kindness: Read about how Bailey Meraw, Loyalist College graduate and Paramedic with the County of Lennox & Addington Paramedic Services, ...more

“Stories I have written have raised money for a family in need, put bad guys in jail, and kept authority figures in check. Journalists can make a difference because good stories make people take notice.”  These are the words of Kenneth Jackson, a 2003 graduate of Print Journalism at Loyalist College. 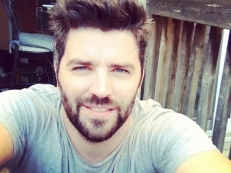 Kenneth started his career as a reporter and photographer for various community newspapers and Metro Ottawa. He then spent three years with Sun Media as a crime reporter before assuming his current position as a reporter with the Aboriginal Peoples Television Network. His role at APTN includes producing and reporting for the nightly broadcast, writing for the website, editing and posting other reporters’ stories, and managing the social media accounts.

Over the course of his career, two projects in particular stand out in Kenneth’s memory: Idle No More and the Bruce Carson story. In June 2012, Kenneth and fellow reporter Jorge Barrera won an investigative journalism award for their story Water Exploitation – Bruce Carson at the Canadian Association of Journalists’ Awards in Toronto.

“Canadian journalism is changing as people get news in non-traditional formats,” Kenneth said. “It’s refreshing to see the innovative ways that stories are now told. Many publishers were caught off guard by these changes. Loyalist was ahead of the curve and had an online program years before many national papers even had a functional website.

“I’ve worked on dailies, had front-page coverage, met great people, broken national stories and now work for TV and online,” he added. “Without my education at Loyalist I would not have had any of these jobs – they taught me the solid basics of being a reporter.”

Last week the College pushed the envelope further with the launch of a new state-of-the-art integrated newsroom, complete with video editing suites, a studio, interview and audio production booths.

In addition to offering a three-year advanced diploma in Journalism – Online, Print and Broadcast, Loyalist has partnered with Trent University to offer the new Trent-Loyalist Journalism program. It enables students to earn a joint-major Bachelor of Arts or Bachelor of Science in Journalism and another discipline of their choice from Trent, as well as an Ontario College Advanced Diploma in Journalism – Online, Print and Broadcast, from Loyalist. Depending on the discipline, the combined program can be completed in four or five years of full-time study.

It’s a changing media landscape – Loyalist prepares graduates to navigate this evolving industry with confidence and skill. For information about the Loyalist Journalism program, email Professor Marisa Dragani at mdragani@loyalistc.on.ca.