National Pictures of the Year Awards 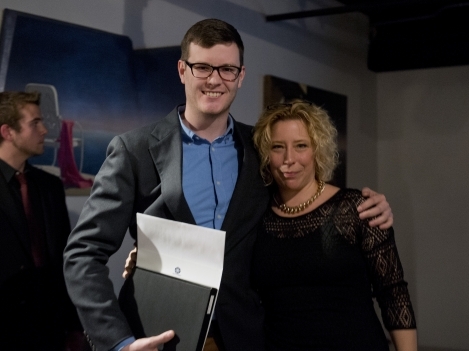 Ali Ledgerwood, News Photographers Association of Canada, presents Patrick Callbeck with the award for first place in the Single Multimedia category sponsored by the Globe and Mail. Patrick won for his story “They Don’t Rest” about Belleville man Patrick Mcdonald of the Ontario Paranormal Society.

“It was an honour to receive this award, but honestly it was the nomination that meant the most to me,” said Patrick. “To be nominated alongside Marta and two renowned photojournalists was all the recognition I needed. That being said, it was nice to be recognized for the hard work I put into this project.”

“I can’t thank my instructors at Loyalist enough for all they taught me over the last two years. They taught us everything we needed to know, but gave us the freedom to be creative and make the projects we wanted to make.”

“I also need to thank the incredible friends that I made during the program at loyalist. Without their help, my video would never have won this award. We spent many late nights editing video together.”

“The instructors also encouraged us to explore different career possibilities. I studied Photojournalism, but I plan on continuing to work with video. I want to make documentaries and am currently working towards that career in Halifax, Nova Scotia.”

“Next month I will be working as a production assistant on a documentary for the CBC. The documentary is going to be taking me to Trinidad and Tobago. I never would have had the opportunity to do this if it weren’t for the instructors and for everyone at Loyalist College.”

Patrick is a second-year student in Loyalist College’s Photojournalism program and a graduate of the University of Prince Edward Island, where he completed a Bachelor of Business Administration. Patrick recently completed an internship with the National Film Board in Halifax, where he will be pursuing a career in documentary work. 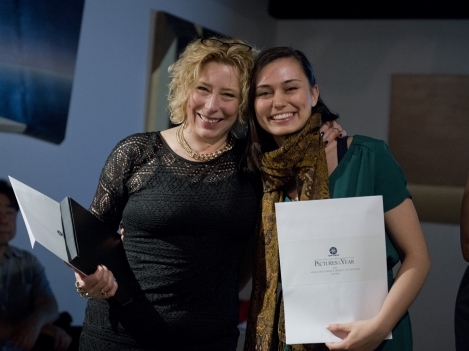 Ali Ledgerwood, News Photographers Association of Canada, presents Marta Iwanek with the Second Place award for the Single Multimedia category sponsored by the Globe and Mail. Marta captured second place with “A Different Kind of Love” about Shirley Sheady (77) and Ross Burrows (91), a young at heart couple from Prince Edward County who found each other later in life and wed in 2012.

“I’m so grateful to have been nominated among such talented photographers and to have my hard work recognized,” said Marta. “It was such a pleasure working on this story, and I’m glad that others saw something special in it too. I’ve come away from the conference inspired and ready to take on more stories. Being at the conference, I thought to myself that we are so lucky in Canada to have such a community of photographers, and that means a lot to people like me who are just starting out in our careers – knowing there are people there to help you along your way.”

Marta is a second-year student in Loyalist College’s Photojournalism program (graduating in 2013) and a graduate of the Ryerson University School of Journalism. Marta will be working this summer as a photographer at the Waterloo/Kitchener Record, having worked the previous summer with Metroland Media Group Halton. An accomplished storyteller at a young age, Marta won the Shaun Best Memorial Scholarship in November 2012 for outstanding potential and promise in the Photojournalism program.” 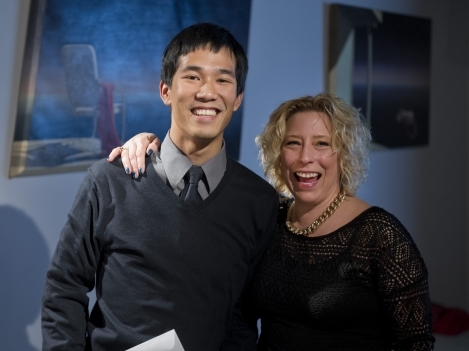 “I’m very honoured to receive the award for Student Photographer of the Year,” said Justin. “It’s very special to be recognized among so many great student photographers, many of whom I worked with and learned from at Loyalist.”

“I have to thank the Photojournalism faculty, who have had such a positive influence on me over the past two years. The Photojournalism program is tight knit and the community—from teachers to students—is incredibly supportive. Being surrounded by like-minded, visuals-driven people has been a vital part of my development as a photographer and as a person. I know that I’ll look back on my time at Loyalist as a significant point in my life’s journey.”

Justin is a second-year student in Loyalist College’s Photojournalism program (graduating in 2013) and a former graduate of Queen’s University, where he completed his B.A. (Hons.) in Human Geography and Psychology. While attending Queen’s, Justin served as the photography editor of the school’s student newspaper, the Queen’s Journal, and recently spent a summer as a photography intern for the Toronto Community News. A native of British Columbia, Justin has developed an appreciation for the urban environment as well as the outdoors; his deep curiosity about the relationship between the two continues to influence his work.