Begin your journey in the skilled trades at Loyalist this September and apply for the Weston Family Scholarship in the Skilled Trades. Recipients may ...more 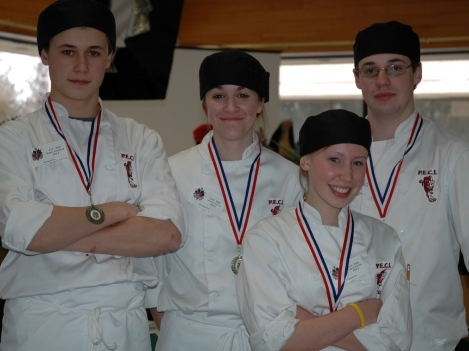 Capitalizing on the success of the Japanese-produced Iron Chef television series, Loyalist students created this unique local competition in order to promote the art of cooking to aspiring young chefs, and to promote the excellence of the College’s Culinary Management and Chef Training programs.

“I had never taken a cooking class prior to this competition,” said Henry Goddard, a grade 12 student and captain of the Picton team. “It was great to be a part of this. There are so many basic skills in the culinary field that make such a difference and I discovered that timing is crucial. We had practiced so many times that today I actually felt calm, not nervous.”