Quinte Conservation and the Sustainability Challenge

Have you ever seen a rhinoceros before? I don’t mean at the zoo or on National Geographic, I mean in the wild, sauntering up to you. That would require a trip to Africa! Unfortunately, you might be too late; just this month the African Black Rhino, a unique rhinoceros species long placed on the endangered species list, was officially declared extinct by the International Union for Conservation of Nature (IUCN). For an animal last sighted around seven years ago, the possibility of encountering it on a safari cruise is pretty slim. Sadly, the world’s rhinoceros population has been in a steady nosedive for some time.

The issue of dwindling wildlife populations, as well as climate change, formed the crux of my chat with Jennifer May Anderson, a Loyalist College graduate and the Communications & Marketing Manager at Quinte Conservation.

Quinte Conservation, established in 1996, is a not-for-profit, community-based environmental protection agency and one of Ontario’s 36 conservation authorities. With its 18 member municipalities, the organization’s duties could be summarized as caring for land and water resources, with emphasis on the watersheds. 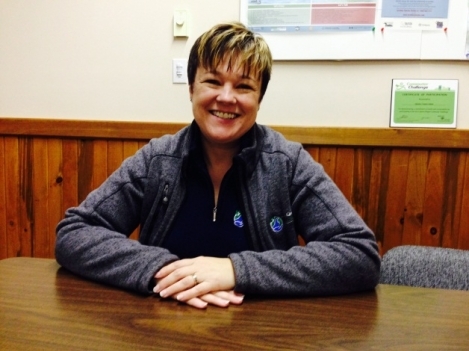 However, just like wildlife poaching, which is responsible for the disappearing rhinos, challenges in the forms of global warming and climate change are fast presenting the world with bigger fish to fry.

“Until a couple of years ago, I had never issued a low water message because we’d never had low water records in the region,” she explains. “That changed two summers ago, when we had the first low water message issued in April, which continued until November. This fall, we’ve had quite a lot of rain and we have flows into the rivers that are higher than normal.”

The problem of climate change is assuming epic dimensions. National Geographic News reports that the last two decades of the 20th century were possibly the warmest in several millennia. Penguins and polar bears in the Arctic region are among the worst hit, with increasing weather irregularity and hurricanes such as the one that recently devastated the Philippines.

So how will Quinte Conservation meet these new challenges? Jennifer believes the best that can be done is to keep studying developments and applying the results as lessons learned.

“It is going to be very hard to say if we will be able to reach a balance in the depletion of our environmental resources and their replenishment,” she explains. “We can only keep learning and making regular improvements to our approach.”

Jennifer tells me about the American eel, another endangered species, which is native to North American fresh water and migrates astonishing distances across the Atlantic Ocean. Its thinning number in water bodies such as Lake Ontario and the St. Lawrence River is traceable to climate change and human/environmental factors such as hydroelectric dams and turbines.

“It has a very fast breeding lifecycle, some of which is spent in our area,” she said. “We recently started seeing them in the Moira River, something that is quite unusual. This is actually a good thing because they should be there, therefore it’s good to see more of them and we are doing what we can to ensure they have a comfortable habitat.”

Jennifer grew up in the country, where she was able to experience nature first hand.

“I actually have on my desk a field guide to wildflowers that my grandfather gave me when I was 10,” she tells me. This serves as inspiration for her work, which sometimes takes her outdoors.

Jennifer’s passion for nature has further influenced initiatives such as Wines of the Watershed, a fundraiser for more accessible trails.

“This has been beneficial to people who are in wheelchairs or who have mobility issues, so they can get out into a natural area,” Jennifer explains.

“In the last two years, our fundraising events have raised substantial amounts of money. This year we were very fortunate that we raised $7,500, so we did very well and we are very pleased with the result,” she concludes.