Home Campus News What is an honorary colonel?

What is an honorary colonel?

Quinte West – An honorary colonel is an officer on virtually all issues except operations, according to 8 Wing Public Affairs Officer Captain Annie Morin.

"They work behind the scenes and provide a much needed connection between the community and the Canadian Forces," she says.

Each unit decides who they want as an Honorary Colonel. On the recommendation of the Chief of the Defence Staff, the Minister of National Defence approves all honorary appointments. These unpaid positions are usually for tenures of three years, but they can be extended.

Some of the duties include: 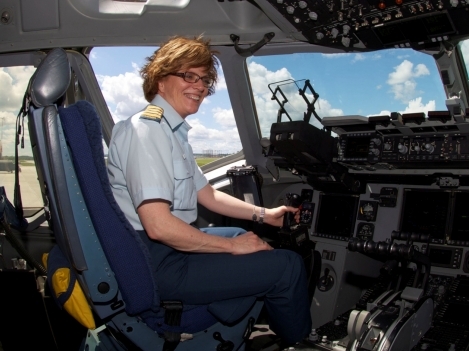 College President Maureen Piercy is Honorary Colonel of 8 Air Communication and Control Squadron (8 ACCS) Trenton. She is shown here in the pilot seat of a Canadian Forces CC177 Globemaster, during an Honorary Colonel Conference.