Available as a three-year program

This program will prepare you to create engaging content and deliver it through any medium. Earn a full spectrum of skills — ranging from television production and digital filmmaking to web streaming and interactive content creation. No BYOD costs. We provide digital camera, audio, lighting and grip equipment. No fully loaded MacBook Pro requirements either. Loyalist College offers the use of Mac and PC labs with relevant software to help you complete your work. Please note: Upon successful program completion, students will receive the Interactive Media Development – Film and Television Production advanced diploma. 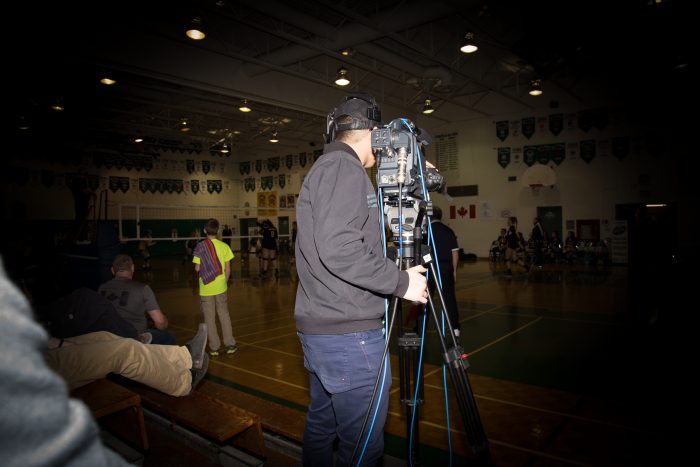 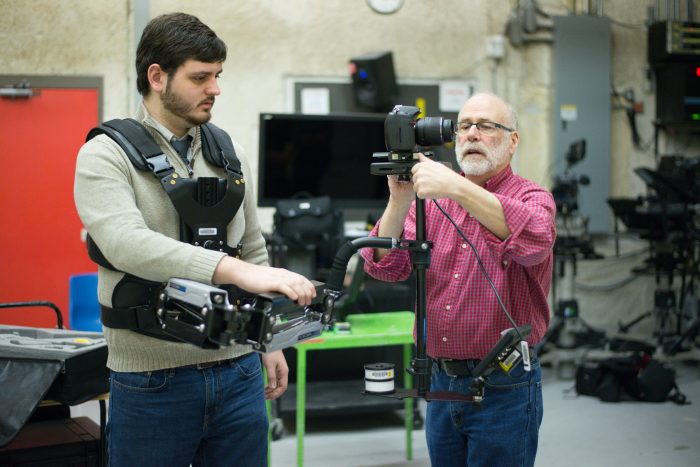 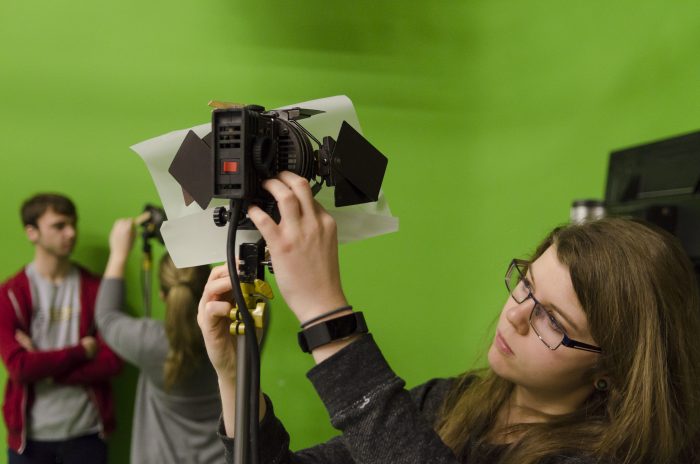 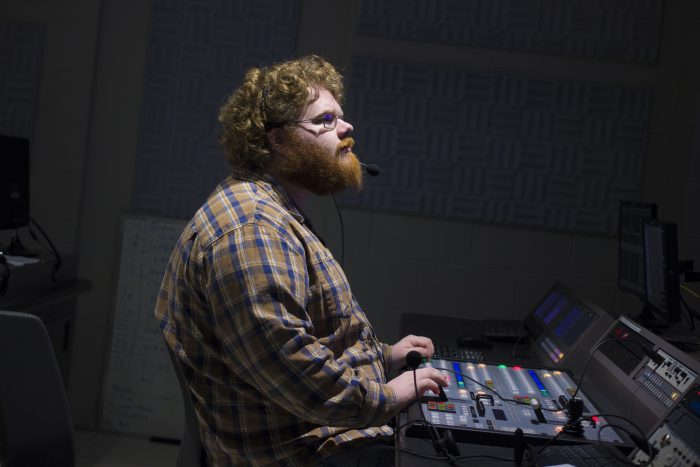 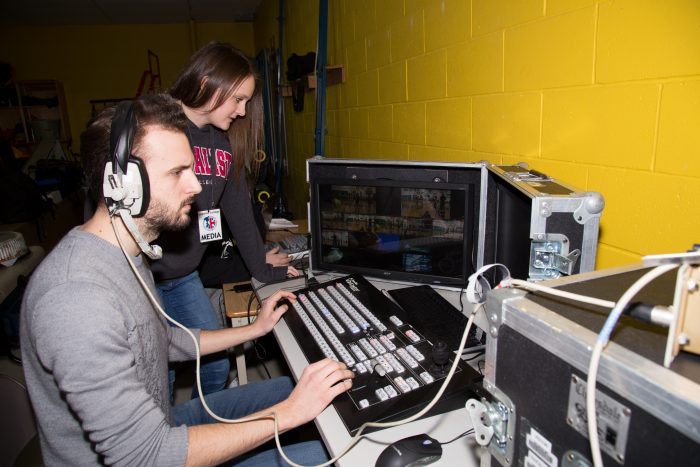 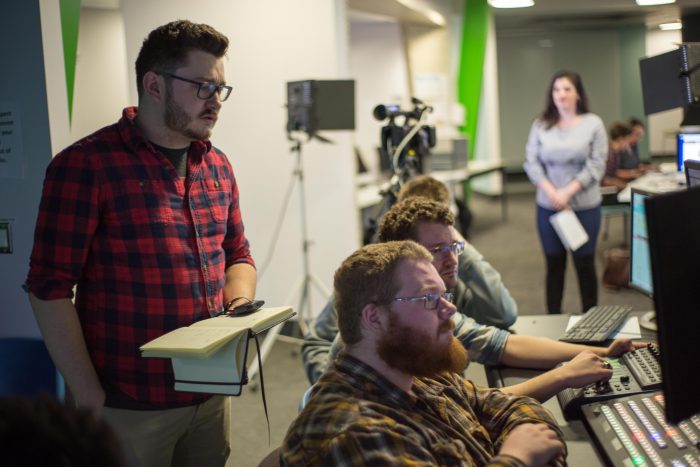 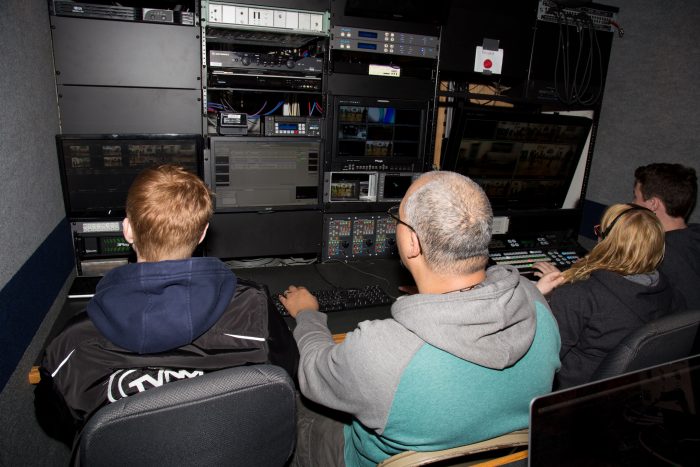 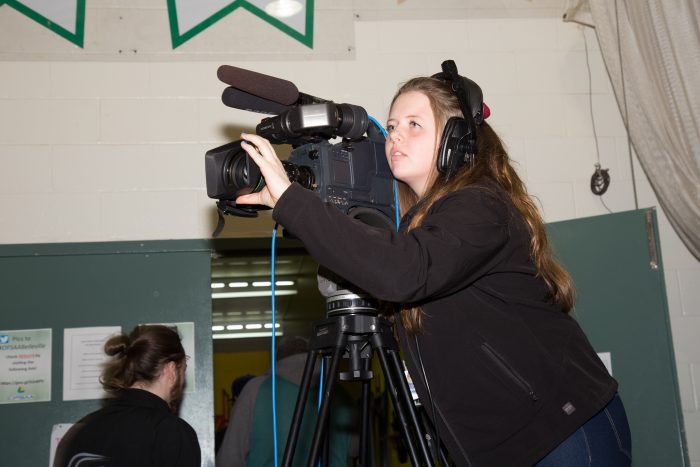 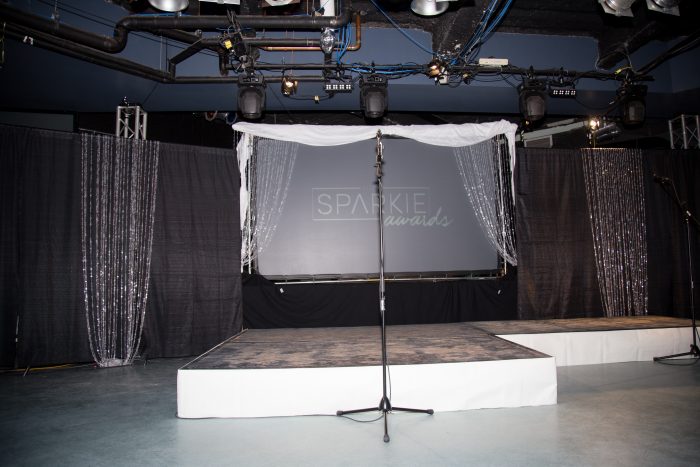 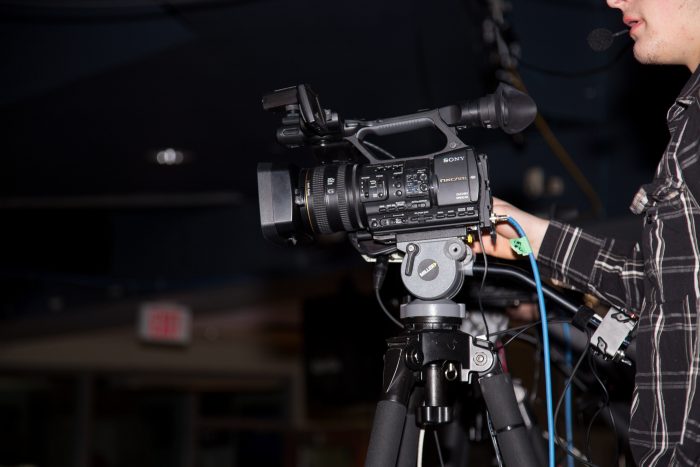 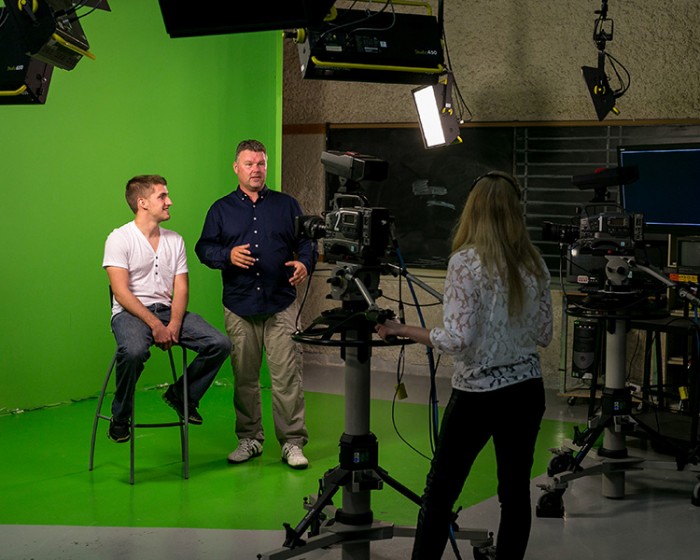 Student Jonathan McFaul in the studio with Professor Eric Howard 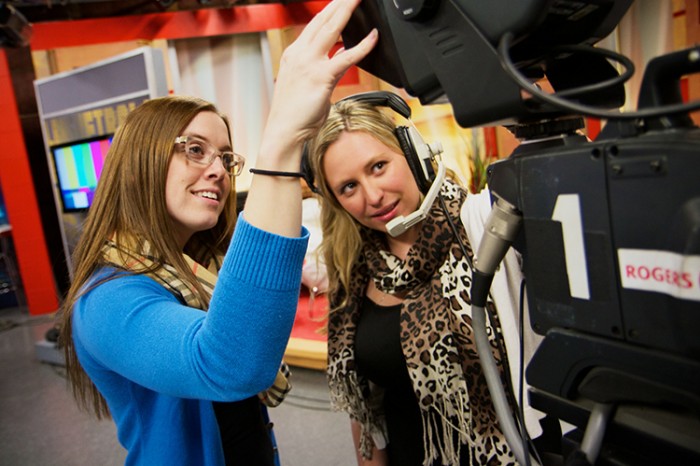 Our grads get great jobs

Is it for you?

You may enjoy a career in TV and new media production if you are the kind of person who:

No textbooks! Just great teachers and technology to:

Our students get great placements! Cap off your second and third years of study with on-the-job experience:

Please note that the program of study for this program is currently being updated. Please check back regularly for additional details.

Turn your diploma into a degree

Many universities across Canada and abroad will provide credit recognition for your diploma studies at Loyalist. The following is a list of agreements that are currently in place. There are many more options, and new agreements are added annually. Contact your university of choice to make individual arrangements.

Explore opportunities to continue your studies in Ireland:

Students are eligible to challenge the Autodesk certification exams at Loyalist College. Completing these industry-recognized credentials enables students to highlight that they have the in-demand skills employers are seeking.

How much will it cost?

Additional costs, such as supplies, travel and parking, may be incurred during workplace visits, etc.

*Please visit the Tuition and Fees web page for a list of the many services, activities and items included within the ancillary fees, and the related policies.

Loyalist has a number of scholarships, bursaries and academic awards available to students. Our Financial Aid Office can help you explore your options, or assist you with a student loan.

Prior learning assessment and recognition

Applicants with work experiences or other types of non-credentialed learning may be eligible for credits at Loyalist. Graded credits (as opposed to exemptions) are granted. Click here for more information about our assessment and credit challenge process.

Click here for information about how to apply, international student fees and more.

Belleville, Ontario, May 4, 2018 – Graduates of numerous Loyalist College two- and three-year diploma programs now have the opportunity to earn a degree in as little as one academic year through ad... Read More

Belleville, Ontario, December 22, 2017 – The past year has been a time to reflect on Loyalist College’s roots, acknowledge its present and plan for its future. 2017 marked Loyalist’s 50th anni... Read More

A debate featuring candidates from the Bay of Quinte riding for the October 19 federal election will be held at Loyalist College on Wednesday, October 7 from 7 pm to 8:30 pm in Alumni Hall. Organized ... Read More

Belleville, Ontario, May 19, 2015 – Loyalist College is pleased to announce that students in the Television and New Media Production and Radio Broadcasting programs have won three Broadcast Educator... Read More

The Loyalist College Television and New Media Production (TVNM) program is pleased to invite members of the community to attend one of three open casting calls. TVNM students are casting men, women an... Read More

Belleville, Ontario, May 22, 2014 – Loyalist College is proud to announce that Television and New Media Production and Radio Broadcasting students will be recognized at the 2014 Broadcast Educators ... Read More

New this year, Loyalist College students will be part of Belleville Downtown DocFest, with a Feature Screening on February 27th from 6-7:30pm in the Kente Building’s Alumni Hall.  Eleven student te... Read More

Third-year students in the Television and New Media Production (TVNM) program at Loyalist College are pleased to invite members of the public to open casting calls for three short films and three mus... Read More

Belleville, Ontario, May 27, 2013 – Loyalist College is pleased to announce that students from the College&... Read More

Third-year students in the Television and New Media Production (TVNM) program at Loyalist College are pleased to invite members of the public to open casting calls for their major productions. This is... Read More

Belleville, Ontario, May 28, 2012 – Loyalist College is pleased to announce that it has won four awards at the 2012 Broadcast Educators Association of Canada (BEAC) Student Award Gala and Dinne... Read More

On Wednesday, March 21 the Loyalist College Television and New Media Production students attended the annual Sparkie Awards to celebrate the past year’s achievements. Industry leaders, which in... Read More

DocFest ready to take over downtown

ON CAMPUS: Ghostheads has the spirit

ON CAMPUS: Putting a spotlight on student filmmakers

Who Ya Gonna Call?… Brendan Mertens?

Program gives students a leg up

ON CAMPUS: From Classroom to Reel World

Become a student for a day at Loyalist College 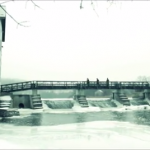 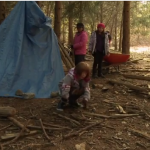 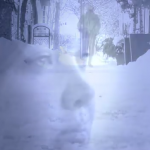 The Real Face of Invisible Illness 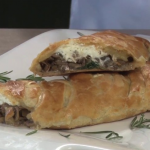 Thank you for submitting your question.