After 3 weeks of ISW students interning in Chiapas, we headed off for a week to live/ study in the Lacondon jungle. The Lacondon jungle is a bit further south of San Cristobal, situated at the border of Mexico and Guatemala. It’s part of the rainforest of the Yucatan Peninsula.

The drive was 8 hours from San Cristobal. Less than 2 hours into it, we arrived in a town called Ochocinco that had a sign, ‘welcome to the jungle’. I was confused. Isn’t the jungle 6 more hours away? Doesn’t the jungle have trees and plants and jaguars? Too many people populated Ochocinco. There were gas stations, restaurants, car repair shops, but most of all, paved roads.

Were my expectations really that far off from reality? Yes. The planet is losing +5% of our rain forests and jungle every year to deforestation. In around the rain forests of The Americas, most of this is due to cattle farming.

Early in the 1940s, deforestation began in Mexico. Rain forest trees were chopped down and their sap was used to make chewing gum. Fast forward to the 1960s and you see greater numbers of devastation to nature’s playground.

Not only are we physically ripping Mother Nature’s roots out from her skin, penalizing the planet, but also in doing so, cattle consumers are increasing their carbon footprints, another slap in the face to environmentalism.

For poverty-stricken Mexicans, the social and economic repercussions of not partaking in cattle farming outweigh the detrimental consequences to the planet. Deforestation becomes low on cost in the long run, because cattle are low maintenance and low risk, as opposed to cash crops like veggies, cotton and grains. Choosing to farm cattle (to support your family, versus supporting the planet) might be the difference between life and death.

Don’t you vegetarians think you’re getting off scott-free either! Cattle and soy production work hand in hand contributing to mass deforestation and increased carbon footprints. There is a 5 stage cycle to the madness.

Land is cleared for cattle to graze, and then leased to soy farmers. During soy production, lime is added to the soil, improving its conditions. The cattle is then rereleased onto the initially purchased land and to round out the cycle, while soy is used as seed for the cattle.

Where we stayed in the Lacondon jungle was in a biosphere reserve. It is only a minuscule portion of preserved land from deforestation in the area. The jungle is home to over 1,500 species, and inhabiting that space is the indigenous group The Lacondons. One Monday morning, our group was lucky enough to hike and be guided through the jungle with Victor, a longtime friend to the ISW Program and native Lacondon.

We roamed the jungle learning about different trees and plants, and their purpose as medicines. I couldn’t distinguish one plant from another, but Victor knew everything!

After an hour deep in, we reached a large and beautiful waterfall. Around the banks of the falls laid clay that the Lacondons use as skin purifier and shampoo. Completely resourceful and all natural! My hands that had been dry as crocodiles for weeks were soft as a baby’s bottom after using the clay. No chemicals or preservatives added!

The jungle was a beautiful and surprising experience. It was wonderful to connect with all of nature’s beauty. On the other hand, it was eye-opening to see how little of it is left.

Does ecotourism to natural areas going extinct generate buzz of environmental issues, or does is deplete nature’s resources even more? You be the judge. 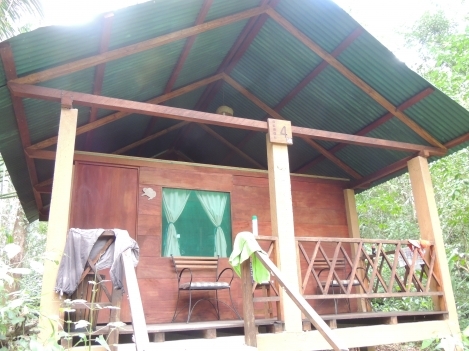 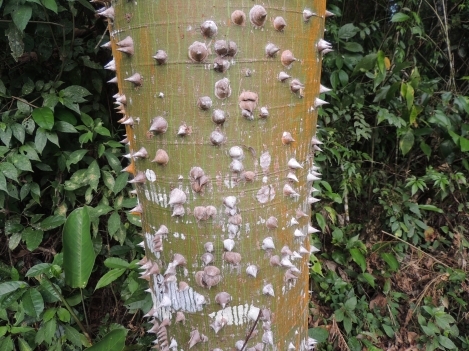 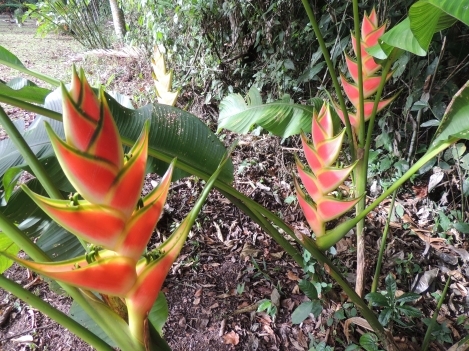 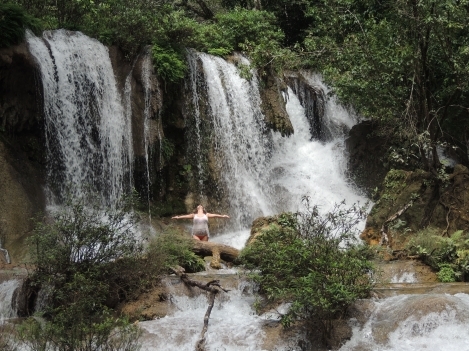 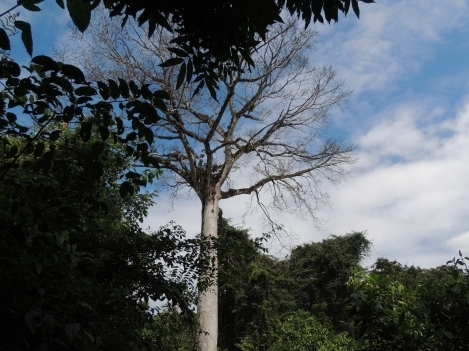