Belleville, February 20, 2012 – Loyalist College is pleased to announce that Loyalist Collegiate & Vocational Institute in Kingston (LCVI) has won the title of Junior Iron Chef at the 11th Annual Competition on February 18th at the Belleville main campus. Members of the winning team include Alex Cross, Conner Henson, Gavin Reid, and Naman Chadha. In second place was Prince Edward Collegiate Institute (PECI) in Picton, followed by Ernestown Secondary School in Odessa.

The event was sponsored by Ontario Pork Producers and Trent Valley Distributors, which awarded the LCVI team members and school with gift certificates towards kitchen equipment and supplies.  Each member of the three finalist teams has also earned a scholarship applicable to Loyalist’s Culinary Management program in recognition of their hard work and dedication. During the competition, each team prepared the three-course meal, which they had been practicing since the preliminary competition among nine schools in September. Teams were judged on the taste and presentation of food, as well as their professionalism in the kitchen.

“I’m really happy for my students, as they’ve worked so hard for this achievement,” said Doug James, Culinary Teacher and Department Head of Technology at LCVI. “Having this positive real-world experience has reaffirmed their plans to pursue Culinary Management in post-secondary education. The two grade 12 students have already been accepted into college programs, and the two grade 11 students will likely take advantage of the scholarship at Loyalist College. The educational value of the competition is so great that we added the menu-planning portion to our curriculum. After several years of competing in the finals, it’s great to see LCVI succeed.”

Hundreds of people attended the event from 10 a.m. – 3 p.m., organized by Loyalist College Culinary Management students in support of future chefs. From inside the Food & Beverage Show, guests could view the competition on a large screen, streaming live footage from the kitchens. The $5 cover charge included cooking demonstrations and free food samples from local restaurants, as well as tastings available for purchase from several wineries in Prince Edward County and beyond.

“The secondary school students’ culinary skills and passion for food this year was exceptional,” said Jay McColl, one of the judges, and a chef at East & Main Bistro and Pomodoro Restaurant in Wellington. “This competition allows them to experience how rewarding cooking can be as a career. It also gives the College students a taste for running a restaurant because it requires months of working as a team on everything from menu and marketing to budgeting and regulations. Organizing this event was a turning point for me when I was a Culinary Management student at Loyalist.” 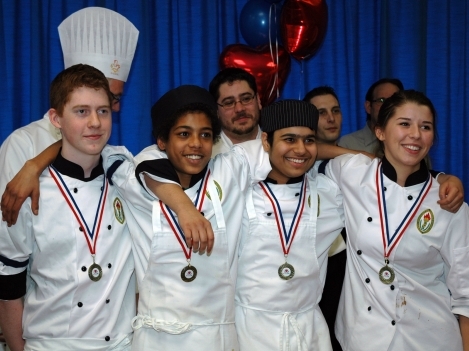 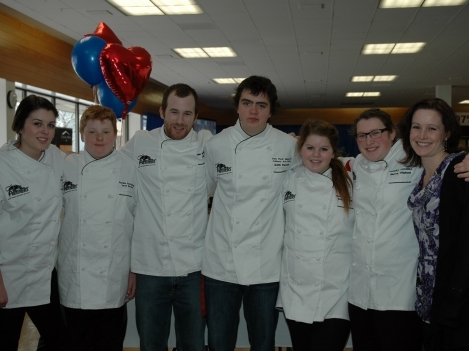 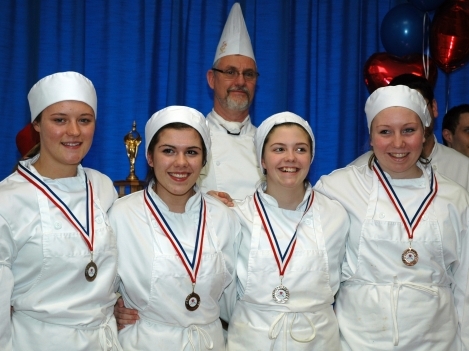 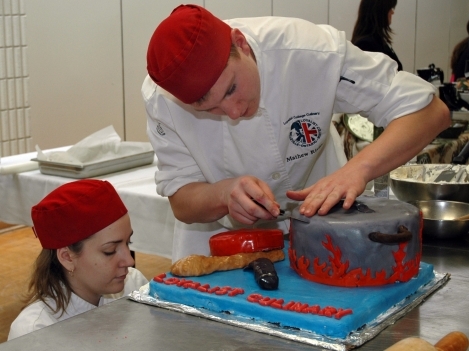 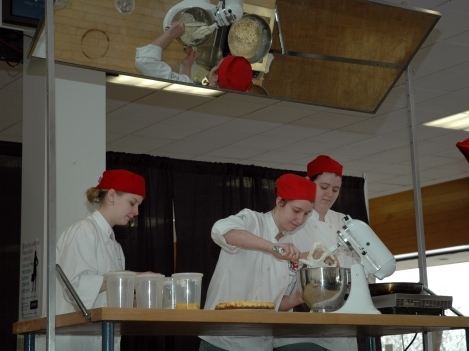 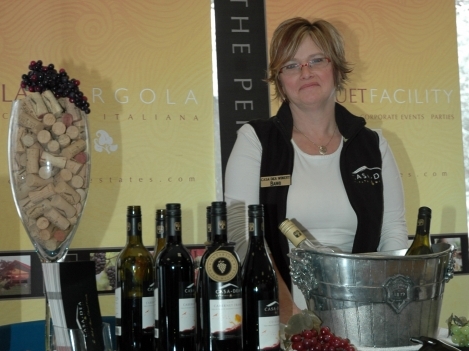