For Television and New Media Production students at Loyalist College, ET Canada, Rogers Sportsnet, CTV, MuchMusic, TSN, Polar Cap Productions, The Shopping Channel and CBC are more than mere selections on their satellite remotes. They are television stations where they are interning — applying the skills they have learned at Loyalist and experiencing the excitement of learning from leaders in the television industry. Their enthusiasm is apparent when they describe their placements.

“The operations manager gave me full access to every department so I am able to shadow whoever I want each day,” said Dillon Hodgin, who is interning at CBC Fredericton. “This past week I was shadowing the cameramen. I went on shoots, carried equipment, set up lighting and broke down equipment after shoots. Of course I was asking a million questions the entire time.”

Katelyn Bennett is at Polar Cap Productions. “They have given me the title of Associate Producer and Tour Coordinator. Right now we are booking tours to promote Mark Terry’s latest documentary, The Antarctica Challenge: A Global Warning. My role is to research schools and organizations in order to arrange book tour dates. I’m also designing the graphics for his new production company, Neko Harbour Entertainment Inc. Soon I will be going on production shoots and working on the pre-production for the upcoming documentary.”

“I have been placed in the soccer unit at CBC Sports and a typical placement day for me could be anything from shot listing Toronto FC games, writing transcripts of various interviews to preparing for FIFA World Cup,” explained Alison Spencer. “I’m going to a soccer conference where I may have the chance to do some interviews and later in the month I’ll be going to my first FC game at BMO field — an experience I am really looking forward to.”

“CTV put me right in the control room to see how everything works during live newscasts,” said Krista Koppel. “I’ve even had the opportunity to edit some local stories.” 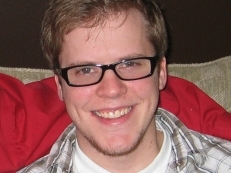 Jordan Brewer helps prepare The Daily Fix, a MuchMoreMusic show. “For this I research stories, pull music videos from the library and help with the lighting and the set. After we finish shooting I log the tape so that the show can be put together. When that is finished I work on other interviews and prepare for the next day’s show.

“I went into the workplace very nervous, not sure what to expect. Then as I was asked to do things I realized that I knew how. Everything came together. The way that Loyalist prepared us for the real world is unbelievable.”