Home About Loyalist Board of Governors

Loyalist College of Applied Arts and Technology is overseen by a Board of Governors composed of members from the community at large and College employees. The Board is supported by the administration of the College.

The Board is composed of 13 external governors (appointed) and four internal governors (elected from within the College representing students, academic, administrative, and support staff). The College President is an ex-officio member of the Board. 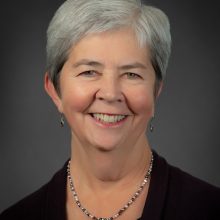 Ms. Jolliffe is an experienced executive with a demonstrated history of working in non-profit organizations. She has advocacy, governance, management and policy skills, and has strong connections in a variety of sectors including youth services, mental health, homelessness and poverty. Currently, Ms. Jolliffe is the Principal of P. Jolliffe and Associates. During her 30-year career, she has served as Interim Executive Director with Food Banks Canada; President and CEO of Boys and Girls Club of Canada/Boys and Girls Clubs of Canada Foundation; Executive Director of Fred Victor Centre; and as the Director of Planning and of Adult Services at St. Christopher House.

Ms. Jolliffe received a Bachelor of Arts Honours from York University and a Master of Education (Counselling Psychology) from the University of Toronto. She has served on several non-profit boards, including St. Michael’s Hospital, the Ontario Non-Profit Housing Association, and the Centre for Addictions and Mental Health (CAMH). 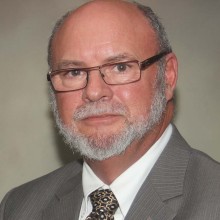 Mr. Forder joined the City of Quinte West in 2013 as Manager of Buildings and Facilities and retired in December 2019 from this management position. Prior to his employment with the City of Quinte West, Mr. Forder was the Lean Coordinator at Kennametal Stellite (formerly Deloro Stellite Inc.) for over six years with a previous 21-plus years with Linamar Corp. He has held many positions in manufacturing and supports the community through volunteering. He is Past Chair and current Steering Committee member of the Quinte Manufacturers Association, Past Director of the Belleville Chamber of Commerce representing Industry, and is a member of the Manufacturing Engineering Technician, Mechanical Techniques, and the Welding Techniques Advisory Committees at Loyalist College. Mr. Forder graduated with Honours from Loyalist in 1988 with a Data Processing diploma (IT Designation). 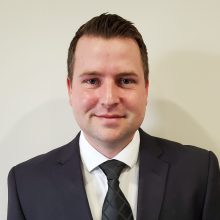 Mr. Braithwaite, a Professor in the Manufacturing Engineering Technician program, was elected by his peers in 2020 as the Academic Staff member on the Board of Governor.

Mr. Braithwaite graduated from Loyalist College in 2008 with a Manufacturing Engineering Technician Diploma and in 2007 earned a Mechanical Techniques Certificate.  He was on the Dean’s List for both programs for his high academic standing.  He earned a Bachelor of Engineering Technology in Manufacturing degree with Honours in 2017 from Cape Breton University, NS and has completed a number of career-related courses.

Mr. Braithwaite career at Loyalist began in 2011 in a support staff role for the Manufacturing/Welding Engineering Technician program and began teaching in 2012.

Jeremy was Project Lead for The W. Garfield Weston Foundation’s Weston Family Scholarship in the Skilled Trades pilot program at Loyalist (2015 – 2019) and continues to support both the initiative and the Foundation in varying capacities.

He is a registered Journeyperson (Draftsperson – Mechanical) with the Ontario College of Trades and a Certified Autodesk Professional. 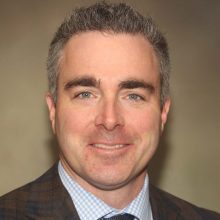 Mr. Farrell joined the Board in 2015 and was reappointed for a second three-year term in 2018.  He served as a member of the Finance, Corporate Services and Governance Committee as well as the Audit Committee during those three years.

Mr. Farrell has been employed by the Royal Bank of Canada since 2005. Recently, he transitioned out of the Investment and Retirement Planning role that he had held for the previous 12 years. He now runs his own wealth management practice under the RBC Dominion Securities banner. Prior to arriving at RBC, Mr. Farrell worked as a Financial Advisor with CIBC Imperial Service in Kingston and Toronto. In 2002, he became licensed as a Certified Financial Planner.

Mr. Farrell graduated from the University of Western Ontario in 1996 with a Bachelor of Arts and an Honours Specialization in Sociology degree and completed the Human Resource Management post-diploma program at Seneca College in 1998.

Support of community and volunteerism are important to Mr. Farrell.  Most recently, he served five years on the Belleville Chamber of Commerce board, serving as a Director, President and Past President. He is also the current President of the Belleville Sales and Advertising Club, served on the Special Events Committee of the Belleville Downtown Improvement Association, and was a member of the Festival of Trees Gala Committee. 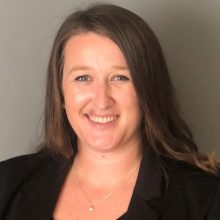 Ms. Hoskin, the Athletic Coordinator – Varsity Sports and Information, was elected by her peers as the Support Staff member on the Board of Governors in 2020. Her career at Loyalist began in 2009 as a part-time employee in the College’s Athletics department. In 2010, she was hired full-time.

Ms. Hoskin has earned two diplomas from Loyalist having graduated from the Recreation and Leisure Services program in 2008 and the post-graduate Public Relations program in 2009.

Outside of campus, Ms. Hoskin is the current women’s volleyball convener for the Ontario College’s Athletic Association (OCAA) and is a member of two OCAA committees – the Ways and Means Committee and the COVID Ad hoc Committee. She also volunteers as a volleyball coach at a local high school.

A passionate advocate for students, Ms. Hoskins remains an active member of the Student Life team who has taken on many roles and responsibilities within the College. 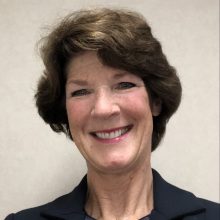 Ms. Lange was appointed to the Board of Governors in June 2020.  She is Portfolio Manager, Director, and Branch Manager of Scotia Wealth Management in Belleville and has 33 years’ experience in financial management. Ms. Lange distinguished herself professionally by obtaining Fellow of the Canadian Securities Institute, Chartered Investment Manager, and Director designations during the early years of her career.

Ms. Lange graduated from Ryerson University, and is committed to ongoing education in the industry.

She is a strong public service supporter and has served on many voluntary organizations both in member and leadership positions. Ms. Lange is the past-president of Quinte Regional Hospice, and former Treasurer of Trenton Memorial Hospital and recipient of the Quinte Regional Children’s Foundation Guardian Angel award in recognition of her dedication to helping young mothers, and at-risk children.

In 2015 Ms. Lange was appointed to serve as an Honorary Colonel in the Royal Canadian Air Force and was affiliated with 436 Transport Squadron, 8 Wing, Canadian Forces Base Trenton.  She is also a Director of CFLC, Canadian Forces Liaison Council. 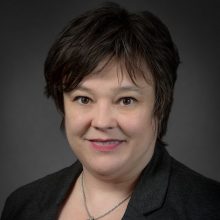 Prior to this appointment, Ms. May-Anderson served as the Communications Manager for Quinte Conservation from 2008–2017, Operations Supervisor with B-Line Distribution, Dispatcher with Kingsway Transport, Systems and Procedures Coordinator with Meyers Transport, and as Dispatcher with International Truckload Services.

Ms. May-Anderson is a 1996 graduate of Loyalist College, having earned a diploma in Broadcast Journalism. She is an active member of the Public Relations Program Advisory Committee at Loyalist and is pursuing a Bachelor of Professional Arts in Communication Studies through Athabasca University. 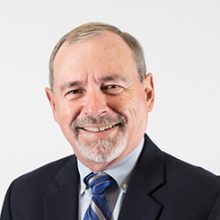 Mr. Pine is Chief Administration Officer (CAO) for the County of Hastings, comprised of 14 member municipalities, stretching almost 160 kilometres from the Bay of Quinte to Algonquin Park. Based in Belleville, he is responsible for all business affairs and Hastings County services, including procurement; emergency; long-term care; community; and human. Through a management team of six department heads and the Deputy Clerk, Mr. Pine ensures the efficient and effective operation of all departments, comprising approximately 850 employees. He directs the preparation of plans submitted to County Council and once approved, works closely with the Warden and County Council to supervise the implementation of programs to enhance County services, property and facilities.

Prior to his appointment in 2002, Mr. Pine served as Regional Director for the Ministry of Municipal Affairs and Housing in Kingston, CAO for the City of Quinte West, and CAO for the Township of Sidney, among other local government positions. Mr. Pine graduated from Queen’s University with a Master of Public Administration (MPA) and a Bachelor of Arts Honours degree. He has significant board experience as a member of the Local Authorities Services (LAS) Board of Directors since 2005, and past Secretary-Treasurer of the Executive Board of the Association of Municipalities of Ontario, and a member of the Municipal Property Assessment Corporation Board of Directors. 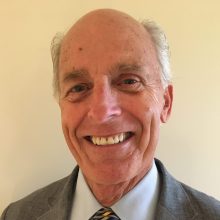 Mr. Saunders joined the Board in December 2018 and served as a member of the Academic, Student Affairs and Advocacy Committee for the remainder of the 2018-2019 term.

Mr. Saunders is an experienced executive with strong connections within the local and surrounding community. He has skills, expertise and experience in governance, business and human resource management, finance and accounting, and strategic planning.

Mr. Saunders has more than 35 years’ experience in manufacturing having served in progressive senior level roles with Procter and Gamble and then as President of Sauncorp International, a company that focused on organizational effectiveness and quality systems (ISO 9000).  His decision to become more engaged in the community provided the backbone to his non-profit Board of Directors experience having served as the Executive Director with Volunteer and Information Quinte for six years, President of the Board of Directors of the Pathways to Independence Foundation for five years, and prior to his retirement, was Chief Executive Officer of the Belleville Chamber of Commerce for six years. 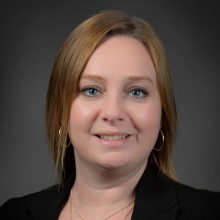 Ms. Sinclair was elected in 2018 by the College’s Administrative constituency members as the Administrative member on the Board for a three-year term.  Ms. Sinclair served as a member of the Finance, Corporate Services and Governance Committee for 2018-2019 and will continue in that role for 2019-2020.

Ms. Sinclair joined the College in 2012 as the Administrative Project Coordinator working on a project related to the College’s Program Quality Assurance Process Audit (PQAPA). Prior to joining Loyalist, Ms. Sinclair worked at The Solski Group as the Marketing Coordinator and Executive Assistant to the President; as the Assistant Editor with The Medical Post; the Production Manager (Healthcare and Financial) at Rogers Publishing; and as Production Coordinator and Editorial Secretary with Ontario OUT of DOORS magazine.

Ms. Sinclair graduated from the Print Journalism program at Loyalist in 2001 and is currently working towards a Bachelor of Professional Arts in Communication Studies from Athabasca University. She supports the community through volunteering and, since 2011, has supported Volunteer and Information Quinte as a choreographer in their fundraising event Dancing with the Stars Quinte. 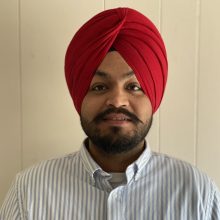 Mr. Singh is a Human Resources Management and Project Management post-graduate student elected by Loyalist students to serve on the Board of Governors for the 2020 – 2021 term.

Mr. Ward was appointed to the Board in June 2020.  He has more than seven years’ combined experience in litigation through his current position as an Associate at Kaufmann, Dockrill and Associates Legal Services, Belleville – practicing in the areas of Real Estate, Wills and Estates, and through his previous experience as a litigator in the areas of Family Law, Civil Law and Employment.

Mr. Ward graduated from Toronto’s York University in 2004 with a Bachelor of Arts (Hons) and from the University of Birmingham, United Kingdom in 2012 with a Bachelor of Law, degree (Hons). In 2013, Mr. Ward completed all of the requirements for accreditation through the Federation of Law Societies of Canada.

Mr. Ward is a strong public service supporter and has served voluntary organizations both in member and support positions. 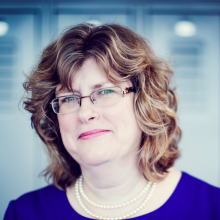 Dr. Ann Marie Vaughan began her position as President and Chief Executive Officer at Loyalist on November 7, 2016.  Prior to that date, the Board of Governors unanimously approved the hiring of Dr. Vaughan at their October 13, 2016 Board of Governors meeting.

Dr. Vaughan was the President and Chief Executive Officer for the College of the North Atlantic, located in Newfoundland and Labrador, from 2011–2016. The College consists of 17 campuses, an annual budget of $140 million, 9,000 full- and part-time students, 17,000 continuing education students and 1,200 employees. She was recognized as a Top 50 CEO in Atlantic Canada in 2015.

On April 11, 2018, Dr. Vaughan was appointed to serve as an Honorary Colonel in the Royal Canadian Air Force and is affiliated with 426 Training Squadron, 8 Wing, CFB Trenton in this capacity until 2022.