Home Homes Away From Home

Homes Away From Home 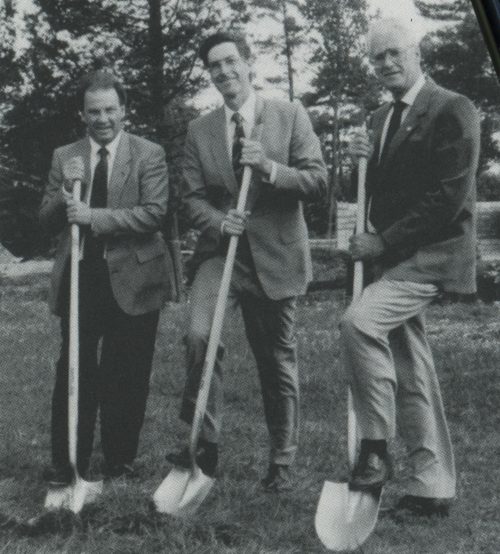 Horror tales of housing “hassles” evolved year by year. Students rented large closets as bedrooms. Students slept in basements beside furnaces. Students rented makeshift apartments which failed to meet the normal standards of privacy and convenience. One student even claimed his shoelaces had been eaten overnight by a mouse!

Housing accommodation for students, whether adequate or inadequate, has been a challenge since Loyalist’s birth. In a relatively small community, the arrival each fall of hundreds of students has placed a severe strain on local housing.

In some instances, landlords rented rooms and apartments which were less than ideal and students accepted them because they had no alternative. Sometimes, prospective students failed to find housing of any kind and returned home. Yet colleges could not get provincial funds to build residences except in northern Ontario. Northern colleges were exempted because of the huge regions they served.

Despite all the evidence of the nomadic nature of students, the Ontario government clung to the fiction that its system of colleges of applied arts and technology were “community colleges” by definition. The province had been divided into specific geographic regions and students were expected to be able to commute to the college in their area. Loyalist holds the franchise for the Counties of Hastings, Prince Edward, Lennox and Addington and the eastern part of Northumberland.

If the planned and rational approach ever had any reality, it quickly became a myth. Students did not necessarily choose to attend the college within their home area. In fact, many chose to travel to another community to attend college. Why?

Not all colleges can afford to offer all courses; popular courses are quickly filled; students don’t always want to attend the college just down the street from Mom and Dad; and some colleges offer courses not available in other provinces.

Dozens and then hundreds of out-of-town students began arriving and looking for houses. And like many small towns and cities, Belleville and Trenton could not provide enough.

In submitting their proposals for residences, college administrators pointed out other benefits: a residence at a small college like Loyalist would foster after-hours spirit and extra activities on campus. It would also permit colleges to offer the use of their facilities for conferences and other programs during the summer, when colleges are less active. Politicians and planners at Queen’s Park finally relented and agreed to permit southern colleges to build their own residences. And so, in its 25th year of operation, Loyalist College constructed and opened a 281-bed Residence on campus.

Demands for a residence had been building for years, perhaps from the moment the first naïve out-of-town student inquired about renting a room. Eventually, more than 60 percent of Loyalist students would be classified as “out-of-town”.

David Warner, then the New Democratic Party Critic for Colleges and Universities, visited Loyalist in 1977 and was lobbied by faculty, students and administrators for a residence.

“If Loyalist College had a residence,” he said, “students from outside might select to come here for a particular course.”

The lack of residence discouraged students – and hurt the College. In 1984, J. Ed Boone, Director of Student Services, called the housing situation “desperate”.

“We’ve had students who have been here for two or three days looking for accommodation but end up with nothing,” he said. “It really hurts us. Students decide to stay home and go to college there or take a year off school.”

By the mid-80s, the College was making a formal pitch for government funding of a residence. In 1986, President Herbert Young wrote to Minister of Colleges and Universities, Gregory Sorbara, asking for money to help build a $5.5-million, two-storey residence. The province was slow to respond. And so in 1987, the College completed a detailed study of its out-of-town student population to show the need for a residence.

In 1988, the College, now under the direction of President Douglas Auld, went knocking on the doors of Queen’s Park again. The price tag had risen to more than $6 million. Permission was finally granted and the residence was scheduled for construction and opening in 1991. Municipal approvals and other bureaucratic hurdles slowed the project, but the Residence was finally ready in the late summer of 1992. Students began moving in on Sunday, August 30.

A trio of three-storey structures, the Residence offers apartment-like accommodation for groups of six students who have separate bedrooms but share a common dining room and kitchen. The residence is designed to be used primarily by first-year students who are unfamiliar with Belleville. Second-year students, it is assumed, should be able to find accommodation elsewhere.

While the housing dilemma is not necessarily over, the demand for better housing has been addressed.